Ahead of Friday's practice, head coach Doug Pederson gave status updates on the team's injured players. Safety Terrence Brooks (hamstring) did not participate in Wednesday, Thursday or Friday's practices and was officially ruled out for Sunday's game in Seattle.

Because the team is scheduled to leave Philadelphia on Friday afternoon, two days before the game, Pederson said the Eagles will bring wide receiver Paul Turner on the trip as a backup plan if Matthews is unable to play.

Guard Allen Barbre (hamstring), cornerback Nolan Carroll (concussion), linebacker Kamu Grugier-Hill (hamstring) and cornerback Leodis McKelvin (hamstring) were all full participants on Friday and are all expected to be in the lineup against the Seahawks. 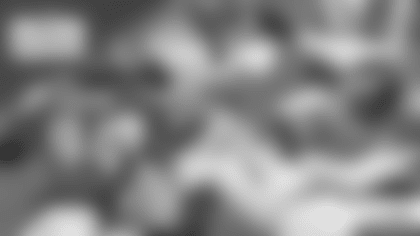 Spadaro: 6 takeaways from a dominating TEAM win over the Titans

The offense amassed 35 points, the defense stonewalled running back Derrick Henry, and the special teams shined in the rout of Tennessee to improve to 11-1.

The wide receiver caught eight passes for 119 yards and scored two touchdowns against his former team on Sunday.

Jordan Davis is set to make his return from Injured Reserve against the Titans.

How to watch, stream | Titans vs. Eagles

A.J. Brown and the team with the best record in the NFL hosts a Titans team in search of its third straight division title.

The defense's focus is on Derrick Henry, but there's an eye-popping Ryan Tannehill stat to be aware of as well.

Ella on the Scene: Revving up for December football

Derrick Henry isn't the only prolific running back on the field this Sunday.

The Eagles will take on the Titans on Sunday, December 4th at 1 PM.

C.J. Gardner-Johnson and Robert Quinn are out for Sunday's game.