Gold Cup: Will U.S. Play At The Linc?

Tickets to the Gold Cup, starting at $25-40 for game doubleheaders, are available by visiting www.GoldCup.org or by calling Ticketmaster at 800-745-3000. Primesport, the official ticket hospitality and travel package partner of the 2017 Gold Cup, will offer pre-game hospitality and travel packages for select game days during the continental championship. Fans can learn more by visiting www.Primesport.com.

Taking place every two years, the CONCACAF Gold Cup is the official national team championship of the region and will feature some of the top star players of North and Central America and the Caribbean. 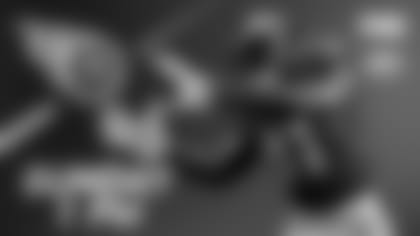 How to watch, stream | Titans vs. Eagles

A.J. Brown and the team with the best record in the NFL hosts a Titans team in search of its third straight division title.

Brown knows that his former team is on the opposing sideline, but his focus is on helping his current team stay atop the NFC standings.

The team made several roster moves on Wednesday ahead of their Week 13 matchup against the Titans.

Eagles lace up for 'My Cause My Cleats' in Week 13

The special teams coordinator knows that the play must improve starting Sunday against Tennessee.

Spadaro: No other option but to find a way without C.J. Gardner-Johnson

Reed Blankenship and K'Von Wallace are some of the players who must pick up the slack with the standout safety reportedly set to miss time.

One of the players was a former standout running back at Oklahoma.

Read about that and get the latest on the injury front, plus a first look at the Tennessee Titans.

The head coach is quite familiar with Tennessee from his time in the AFC South.

The phrase "rewriting the record books" became a tired phrase during the Eagles' 40-33 victory over the Green Bay Packers.