Eagle Eye: How Can Offense Improve?

Sunday was a tough day if you were an Eagles fan. It was obviously a tough loss for the team on the road against a division rival, but we also watched the other two teams in the division pull out impressive wins. The NFC East is the most competitive division in football. No other division has four teams with records of .500 or better to start this season. The Eagles have a chance to change the standings in the next few weeks. First though, let's look at performance of the offense in the loss to Washington and see what went wrong and how the Eagles can improve moving forward.

With rookie Halapoulivaati Vaitai getting his first start against Washington edge rusher Ryan Kerrigan, Doug Pederson and the Eagles' coaching staff knew they would have to do different things to help the rookie out. You obviously can't devote a second blocker to his side on every play, but there are other ways to help out the rookie in his first start. The Eagles did everything they could.

On the first play of the game, the Eagles came out in 13 personnel with one running back (Ryan Mathews) and three tight ends. The staff had all three of those tight ends line up to Vaitai's side, and run a play-action fake with the intent of hitting tight end Zach Ertz over the middle for a first down. The play design worked in the secondary, as Ertz was wide open, but Wentz was unable to get him the ball. Brent Celek was lined up across from Kerrigan and forced him outside, Wentz doesn't step up in the pocket and he takes a sack on the first play of the game, losing half of his jersey in the process.

Shot 3 - #Eagles were effective with Draw run plays, just couldn't get into a rhythm offensively. Get the first down on 3rd-and-4 here. pic.twitter.com/j4SfhbroPS — Fran Duffy (@fduffy3) October 17, 2016

The Eagles followed that up with two consecutive run plays, first with a sweep to the left with Mathews that featured a pair of beautiful blocks from Jason Kelce and Allen Barbre. That play went for 10 yards to bring up third-and-4 when Pederson went back to the ground to run a quick draw play to Wendell Smallwood. The Eagles ran a few draw plays on Sunday with some success, giving them yet another layer to this voluminous run game. It's also worthwhile to give Pederson a lot of credit for being smart enough to stick with the rushing attack despite falling into an early deficit. The Eagles couldn't get into much of a rhythm offensively throwing it or running it because of how the game was played. However, I thought the run game was pretty effective overall in a lot of spots.

Two plays later on second down, the Eagles dropped back to pass again, this time sliding the protection toward the right.

Shot 4 - #Eagles slide protection to V's side to help him but poor technique leads to an early sack. Much better for most of game after this pic.twitter.com/pXHXJ2rb1K — Fran Duffy (@fduffy3) October 17, 2016

When you slide a protection to one side or the other, two things are important to remember. First, it's zone blocking in pass protection to the side of the slide (in this case, to the offense's right). Linemen are responsible for whatever defender comes into their gap. On this example, everyone from left guard Allen Barbre through Vaitai is in zone protection, responsible for any color that comes into their right side.

Second, you need to remember that away from the slide, it's man protection. The blockers are on an island against their assignment. Jason Peters is matched up on defensive end Preston Smith, while Darren Sproles squares up against a linebacker.

I asked former NFL offensive lineman (and my podcast co-host) Ross Tucker about the impact that sliding the protection can have on an offensive tackle.

"It allows him to know that he has inside help so that he can set a little bit wider and a little bit firmer," Tucker said. "So the edge rusher, he doesn't really have to worry about a two-way go because if the edge rusher goes inside initially, he'll have help."

Peters is truly on an island where the edge rusher has a two-way go, whereas Vaitai knows he has a guard directly to his left.

"You're really protected for the first second and a half along the line of scrimmage, so it helps more for the initial set for anything," Tucker said. "You can't expect the help to be there as deep as Vaitai got beat on (his first sack allowed). As you can see in that shot, Vaitai gets 5 to 6 yards of depth with his pass set, and at that point the help just isn't there. That's made even worse by the fact that his base is wide, his punch is both wide (outside the framework of Kerrigan's chest) and late. The veteran beats the rookie for the sack on the opening drive."

Shot 5 - Very next play they use a TE to chip. Whether it was chip blocks, slide protection, or run game, they tried to help V when possible pic.twitter.com/KAxzj8ENaH — Fran Duffy (@fduffy3) October 17, 2016

Early in the game, Vaitai certainly had his share of issues with Kerrigan physically, and the staff accounted for that. Throughout the last three quarters, the Eagles remained committed to running the ball, they slid the protection his way and they also used lots of chips from both tight ends and running backs on Kerrigan to help give Vaitai a leg up. This play above is the pass immediately after that last sack by Kerrigan. The Eagles use Ertz to chip Kerrigan at the snap of the ball as Wentz hits Jordan Matthews for a 12-yard completion. Keep an eye on the rest of the plays I use in this piece, and you'll see a lot of chips coming from backs and tight ends.

After charting all 29 of Wentz's dropbacks on Sunday, I found that they gave help to Vaitai in the form of chip blocks, slide protections or designated double teams with tight ends on 18 of those 29 pass attempts. Of the remaining 11, three were play-action passes and two were screens (plays designed to help linemen), so he was really only "left on an island" on six passing plays in the entire game by my count.

I was anxious to rewatch the game and see Wentz handle the pressure that Washington threw at him. Whether it was the variety of blitz looks or just the straight four-man rush (sometimes with three defensive ends on the field), the Redskins found ways to get into the backfield. I wanted to see how the rookie responded. After the second and third watch, I thought he fared well. Were there some mistakes? Absolutely, but you also saw plays that rookie quarterbacks typically don't make when faced with pressure from both inside and around the perimeter.

On this play in the third quarter, Washington shows an overload look from the quarterback's right, but sends heavy pressure from the left instead. Wentz drops back, slides to his left, maintaining his vision downfield, breaks the pocket, protects the ball and finds his open man in Dorial Green-Beckham for a big gain. This play came back after a questionable call on Smallwood, but it doesn't take away the play from the quarterback or the second-year receiver who is continuing to take on a bigger and bigger role each week. I've been fascinated to watch Green-Beckham grow in this offense. Even when he wasn't getting the ball, he showed an improved ability to get off the line, run routes and do the little things that professional receivers need to do on a consistent basis. He's always been a physical freak with the ball in his hands, which you can see on this rep, but I've been really pleased to see Green-Beckham come along in the last couple of weeks. I truly think he has a bright future here in Philadelphia.

Shot 7 - #Eagles really love the 'Dagger' concept, have hit this dig route at least once a game, this time to DGB for a first down. pic.twitter.com/0gdfRfQ9Cz — Fran Duffy (@fduffy3) October 17, 2016

Let's fast forward to the fourth quarter, when the Eagles have the ball on first-and-20.

The Eagles spent entirely too much time "behind the sticks" in this game, meaning they were not doing well enough on first down. On average against Washington, the Eagles faced second-and-8.4 yards to go. They ran eight plays of second-and-10 or more in the game. Whether it was penalties or penetration in the backfield, too often the Eagles were not able to gain positive yardage on first down, putting them in tough situations on third down as a result.

On the next drive, the Eagles went back to the dagger concept. This is a play that's quickly become a staple for this passing game and is clearly becoming a favorite of Wentz's. You have the clear out route from an inside receiver and a deep dig route from the outside receiver. With the clear out route creating a gap inside, and with two underneath routes pulling away the linebackers, there's a great window created for Wentz to fit this into Green-Beckham, who does a great job widening his release before breaking it back inside, for a 23-yard gain and a first down. 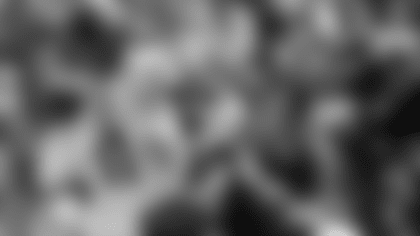 Duffy: Analyzing all 9 sacks by the defense

While six players were credited, it took the entire unit for the pass rush to be successful against the Washington Commanders.

Duffy: How did Darius Slay win NFC Defensive Player of the Week honors?

Duffy: Analyzing the All-22 of A.J. Brown's monster debut

The Pro Bowl wide receiver was moved all around the formation and utilized in every facet of the passing game.

The Eagles held an intrateam practice on Thursday at the Dolphins' practice facility after an illness forced Miami to cancel the joint practice. Find out what happened in the Eagles' final Training Camp practice of the summer.

Enjoy a detailed look at the Eagles' morning in South Florida as the team took on the Miami Dolphins in the first of two joint practices.

Check out 16 takeaways from the final joint practice between the Eagles and the Cleveland Browns on Friday.

Hard to argue that you'll find a more comprehensive recap of the first joint practice with the Cleveland Browns than here.

Check out 10 takeaways from the final Training Camp of the season from the NovaCare Complex.

DeVonta Smith returned to practice Sunday, but it was the defense that delivered a series of big plays throughout the morning. Read our biggest takeaways from the session.

In the last full Training Camp practice ahead of Friday's preseason opener, who stood out? Fran Duffy and Ben Fennell have you covered.

Get an update on center Jason Kelce and find out who braved the heat to standout during Tuesday's practice.