On whether it is difficult to bring pressure at Cardinals quarterback Carson Palmer when you know you have a great receiver like Larry Fitzgerald on the outside:

COACH DAVIS: Absolutely, it's always hard to put extra pressure on a quarterback and leave star receivers singled up. You have to take turns putting people in harm's way. You pressure and then fall back, pressure then fall back and keep doing it like that. The guys have to make their plays. When they pressure they have to make plays and when we fall back to a four-man rush we have to play with leverage, and we did.

On how well the defensive line played today:

COACH DAVIS: They did a great job. Our defensive line stepped up and got all kinds of pressure on the quarterback with a four-man rush. Now, we pressured a few times and we maxed dropped some and got pressure with a three-man rush. It was a nice day for the defensive line. The coverage was also tight. They made plays like you knew they would. At the end of the day, the scoreboard said we had three more points than them, so that's good.

On whether he knows what OLB Trent Cole has done to turn his season around:

COACH DAVIS: I have watched Trent put pressure on the quarterback the whole season. I kept telling him that the sacks were going to come. Now they are coming. Trent always collapses his side of the pocket. Turnovers and sacks always come in bunches and he is working and getting them.

On whether he knew he was going to have opportunities to get to Cardinals QB Carson Palmer:

GRAHAM: I knew it because he stands back there. He's not a threat to run. But, we certainly made sure we collapsed the pocket. We wanted to disrupt him a little bit.

On how rare it is now to see a quarterback like Palmer who is not that mobile:

GRAHAM: We have to be able to contain quarterbacks like this and ones like [Redskins quarterback Robert Griffin III]. As long as everyone goes out there, play one game at a time and play pissed off, we will have a tight unit.

On how the defense feels after being able to come up big when the offense was struggling to gain yards:

GRAHAM: As long as we have 11 guys who are doing their job to the best of their ability, that's a great thing to see. We are all together on and off the field. We go out and have dinner together. It's a big thing for us to be a unit and I love the way [LB] DeMeco [Ryans] is leading us and everyone is following. Everyone is playing their part. As long as we can stay together, we will be alright.

On the transformation from a unit last year who couldn't get turnovers and sacks to a unit this year who are doing those things:

GRAHAM: We work hard every day. We talk about it all the time, we have to make sure we bring our weight. I am excited for the rest of the season. We have to take it one game at a time and next week we have the Lions. I am very excited, got a lot of family coming to the game.

On what this win does for the team's confidence:

COLE: It's great. It is just numbers though. Right now, I am glad to just be where we are right now on the year as a team. We are winning games and know what we can do and we are going out there and doing it.

On the key to turning the defense around:

On welcoming the games being in the defense's hands late in the game:

On the pass rush:

WILLIAMS: I think the pass rush was huge for us today. I think guys were getting [Arizona QB Carson Palmer] off his mark and getting their hands in his face. We got to him early and forced a couple turnovers. I think the pass rushed affected [Palmer]. Our defensive line has been doing a tremendous job all year, especially helping us out in the secondary. Thankfully, we have been able to make them pay.

On relishing being on the field late with the game on the line:

WILLIAMS: Yeah I like those moments, but it's a bittersweet situation because you never want to be put in those situations. At the end of the day, you want to go out there and play to the best of your ability and give it your best shot each and every down. I think it was a great opportunity for us to go out there. We handled our business and we did what we were supposed to do. We continue to get better in those scenarios. I think the sky is the limit for the defense.

On limiting the shots the Cardinals took to their receivers:

WILLIAMS: I think we had a great game plan today in place. [Defensive coordinator Bill Davis] called a great game today. Some scenarios we weren't very good in communication, but for the most of the part the secondary played pretty well thanks to the pass rush. Without that, I do not think it would have been a dominant performance.

On timing his pass breakup to avoid a pass interference call:

FLETCHER: You have to get there when the ball gets there. It's a timing deal, and I was able to do that.

On the help the secondary received from the defensive front's pass rush:

FLETCHER: [The defensive front] was doing that the whole game. Those guys were playing hard up there. With the pressure they are giving up front, it gives the DBs a chance to make plays on the ball.

On how forcing two turnovers on the Cardinals first two drives set the tone for the game:

FLETCHER: It got us going early. We were able to put points on the board, after those turnovers. [Turnovers] are what we need as we go through the season here.

On the secondary's performance against the Cardinals receivers:

FLETCHER: Well we were able to win, but there are plays we still need to make. We are going to evaluate the tape and see what we can correct and what we need to get better at. That is what we are going to do this week before we play Detroit.

On the performance of CB Cary Williams:

FLETCHER: He did well. Cary is a hell of a player, and it is great to play with him.

On his ability to be physical:

FLETCHER: I believe the refs let us play a little bit today, so I think that is a good thing, especially on our end.

On his pass defense on the Eagles last defensive play of the game:

FLETCHER: We had a blitz on and I was holding my inside leverage and my ground. Then there was some contact at the break point, and I went and made a play.

On limiting the shots the Cardinals took to their receivers:

FLETCHER: They took some shots and connected on a few, but we were able to cover a few as well. We are going to evaluate the tape and see what we could have done better on a few of those shots, and get ready to play Detroit next week.

On if the defense was playing more aggressive today:

FLETCHER: All around everyone is playing aggressive. Those guys up front are getting a good pass rush and attacking the run well, and on our end in the secondary, we are able to reroute some receivers in order to make some plays on the ball. 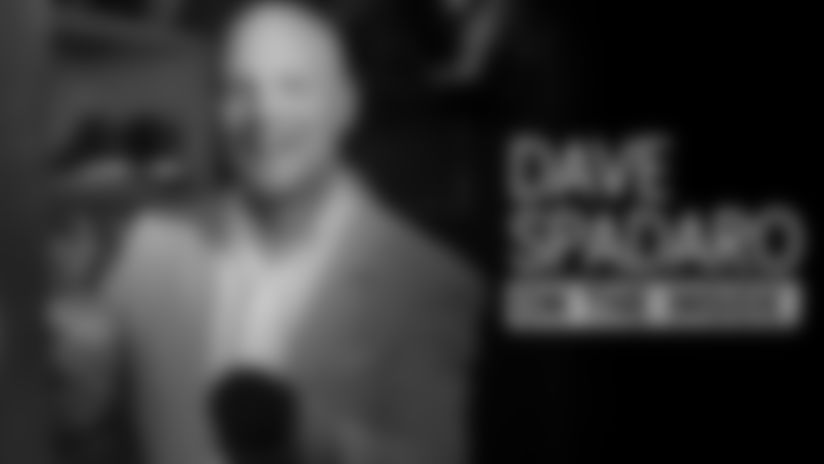 For Davion Taylor, Year 2 has been a positive step forward

The linebacker earned plenty of first-team reps in the first week of Training Camp thanks to a strong offseason.

Head Coach Nick Sirianni adds another player's T-shirt to his rotation. Plus, the Eagles honored the men, women, and families of our Armed Forces on Saturday evening.

Only one quarterback in NFL history has thrown for more passing yards in his first 16 starts than Mullens, who quietly bolsters the depth at the most important position on the team.

It was a rest day for some veterans, so several young players worked with the first-team units. Find out who rose to the occasion.